School of Education,Humanities and Social Sciences 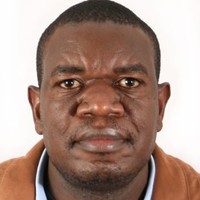 Career Summary:
Dr. EIiud Wekesa is a highly skilled Lecturer as well as a Research, Monitoring and Evaluation Specialist with over 15 years of experience in research/teaching and program interventions and evaluations in Population Health, Population and Development and Social Development. He has previously worked in the design and implementation of basic and implementation research, programs and M&E systems for different organizations, including: African Population and Health Research Center, Population Council, Population Services International/Kenya, UNFPA and UNICEF. He has worked with USAID, DFID and other donor funded partners and is a certified Measure Evaluation & USAID M&E Specialist. He has previously been a Wellcome Trust Fellow/Scholar; Bixby Trust Fellow/Scholar; and Population Reference Bureau Fellow. He is committed to excellence in Research, M&E, learning and knowledge sharing aimed at improving health and socio-economic wellbeing in communities.